Built at the same time that the Villa Tugendhat de Mies van der Rohe ( 1931 ) or the Villa Savoye of Le Corbusier ( 1929 ), the House Schminke of the architect Hans Scharoun (1893 - 1972) distinguishes itself by the interpenetration between the inside and the outside. The implementation is at the same time extravagant and functional. The body of the building, everything bends it with his its terraces, its outer staircases and its numerous windows-portholes, evoke a liner. Living spaces follow one another in a fluid continuity. Big plate glass windows reflect the garden, which establishes an extension of the lounge. Claiming organic architecture, the work of Scharoun aims at establishing a strong relation between the building and its environment, the man and the nature. 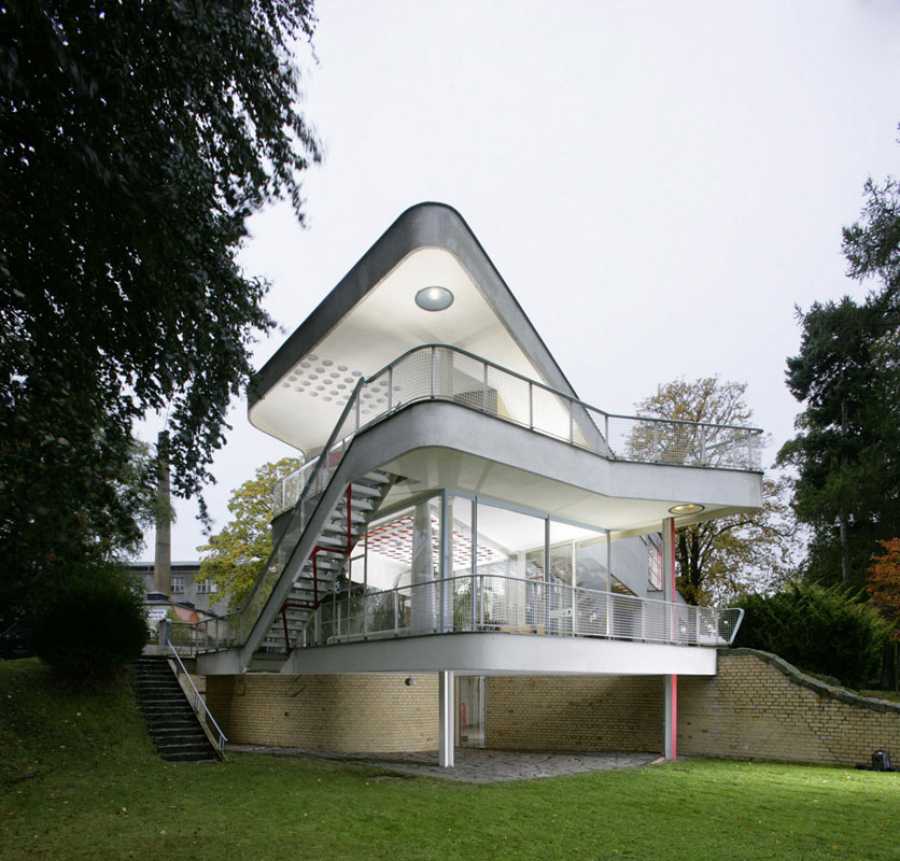 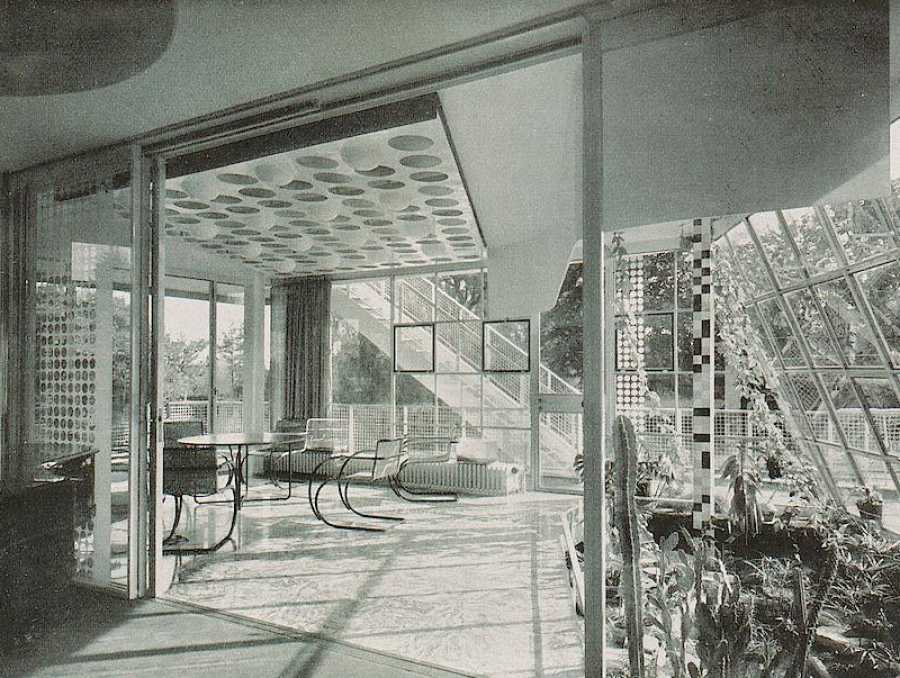 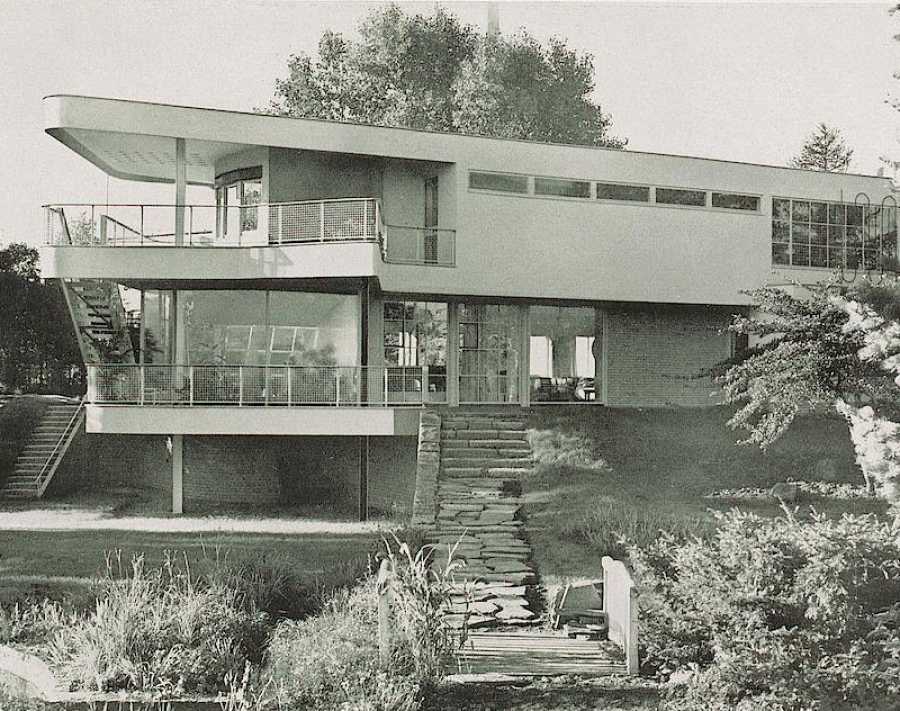 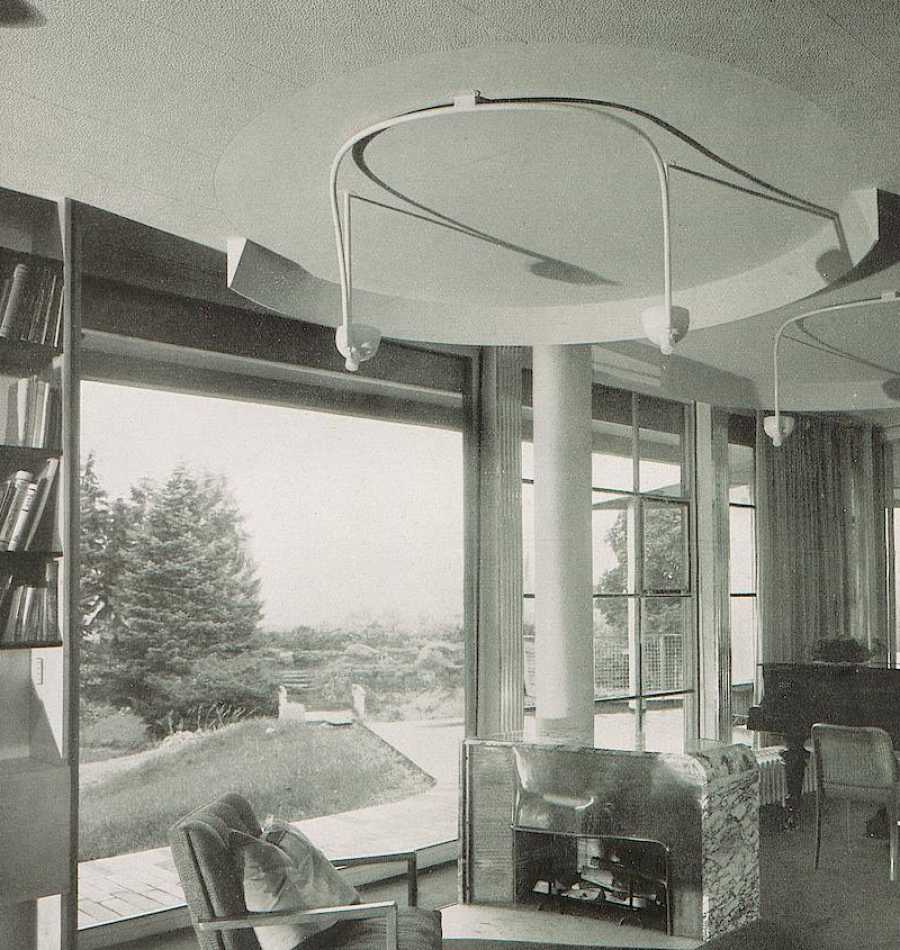 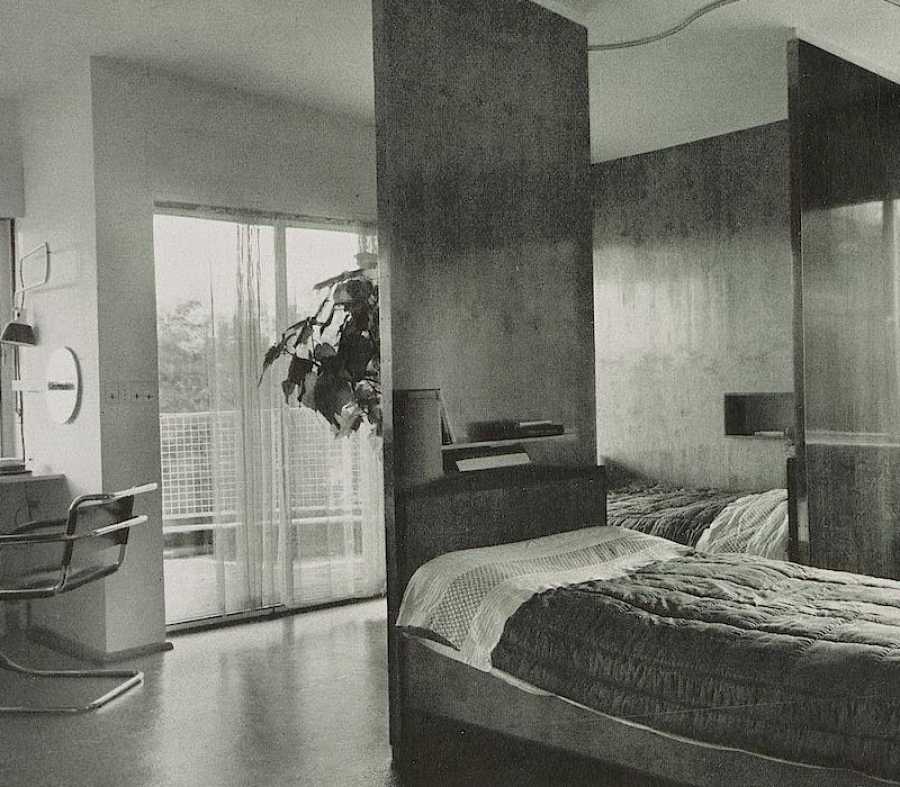