Prototype House, designed by Richard Burton (1933-2017), was the first building on the Hooke Park Forestry Campus in Dorset.

John Makepeace, who founded the school in the late 1970s, initially approached German architect and structural engineer Frei Otto for advice on how best to use the resources of the Hooke Park forest. Otto proposed Richard Burton as co-designer, who designed the project as both a building to house staff and as a prototype for a new type of low-cost rural housing. Constructed using local materials, such as spruce thinnings, at a cost of £50,000, the building's roof continues to demonstrate the innovative use of wood in tension. Today, the prototype house is used as Hooke Park's dining hall. 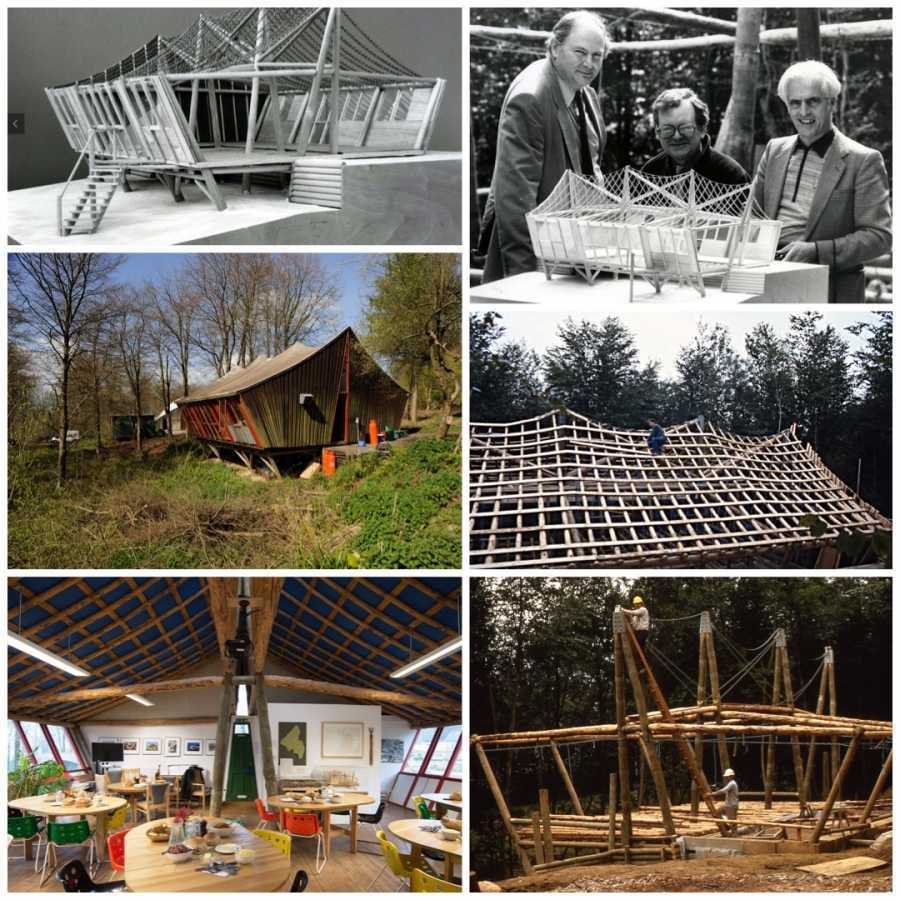