Within the framework of the future offices Anise drinks on Nice Méridia, Pitch Promotion, Laisné-Roussel architects, to Le Sommer Environnement and EPA ecovalley of the Var committed a collaboration with the Sustainable Design School, through the realization of a workshop.
During a half-year, the students of the SDS made researches for concept, for new products and services around the Mediterranean office of tomorrow. While taking support on a strategy of ecoconception(ecodesign), it was a question of resulting in proposals adapted to the new trends and the uses : the co-working, the increased office, the flexibility and the modularity, etc.The question of the atmospheres also established(constituted) a point importing, through the consideration of the qualities of the architectural project (porosity, transparency, extroversion of facades, outside circulations) and peculiarities of the Mediterranean climate (passive and/or adiabatic refreshment, ombrière, relations in the vegetable, etc.).
Formalized under forms of boards, plans, models volumes, multimedia, the results(profits) of this applied research are presented until September 2nd in the premises of the EPA which awarded the Prize " Ecovalley of the Var " to the project prize-winner. 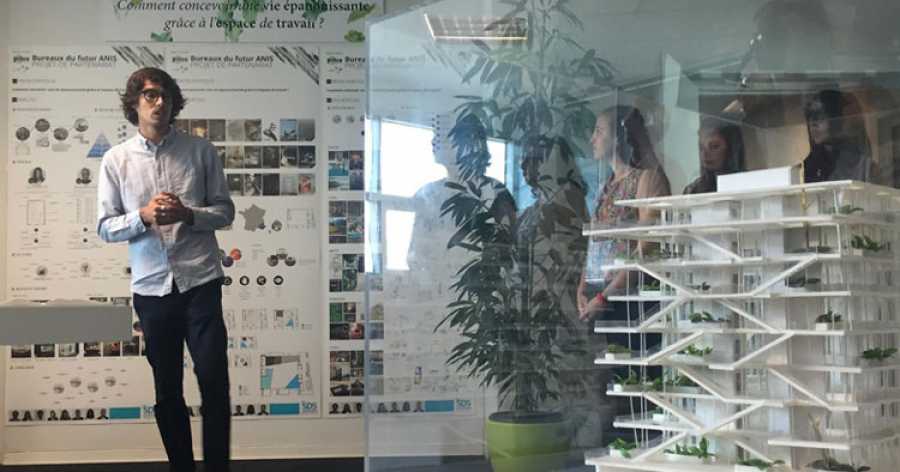 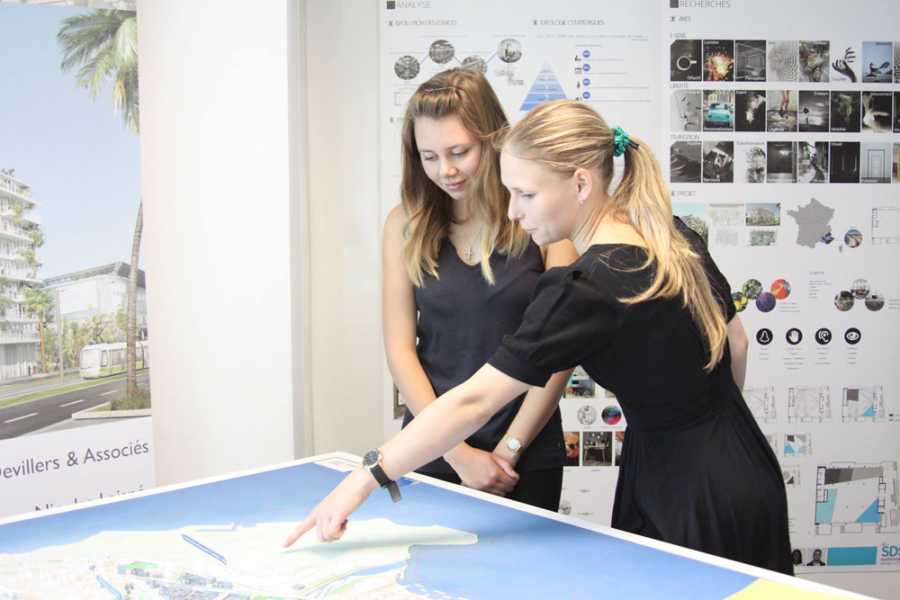