In its report Plastics: the cost to society, the environment and the economy, the WWF reviews the entire life cycle of plastics and concludes that "each kilo of plastic now costs us ten times more to manage than it does to make".
The most important is environmental. Based on the cost of ecosystem services, the authors of the report estimate that ocean pollution associated with plastic produced in 2019 will result in a minimum cost of about US$3,100 billion (+/- $1,000 billion) over its entire life cycle in the ocean (a century, for the bulk of these costs). This amount has been calculated on the basis of scientific studies assessing the value of marine ecosystem services, the degradation of these ecosystems due to plastic litter and the volume of plastic litter in the oceans. The environmental cost of CO2 emissions is estimated at $171 billion.
This is followed by the cost of plastic placed on the market in 2019 (around $370 billion) and the cost of managing plastic waste (over $32 billion).
In 2019, the dumping of plastic waste into the ocean reached 11 million tonnes. By 2040, this volume "could triple to 29 million tonnes, [which] would bring the total stock of plastic in the ocean to 600 million tonnes", WWF estimates. Greenhouse gas (GHG) emissions associated with the life cycle of plastics could then account for "up to 20% of the total global carbon footprint". 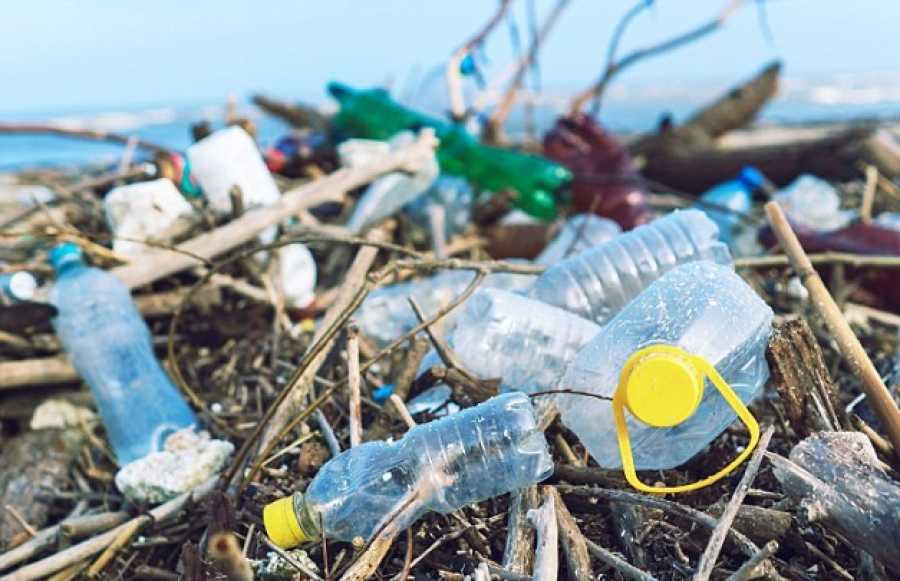